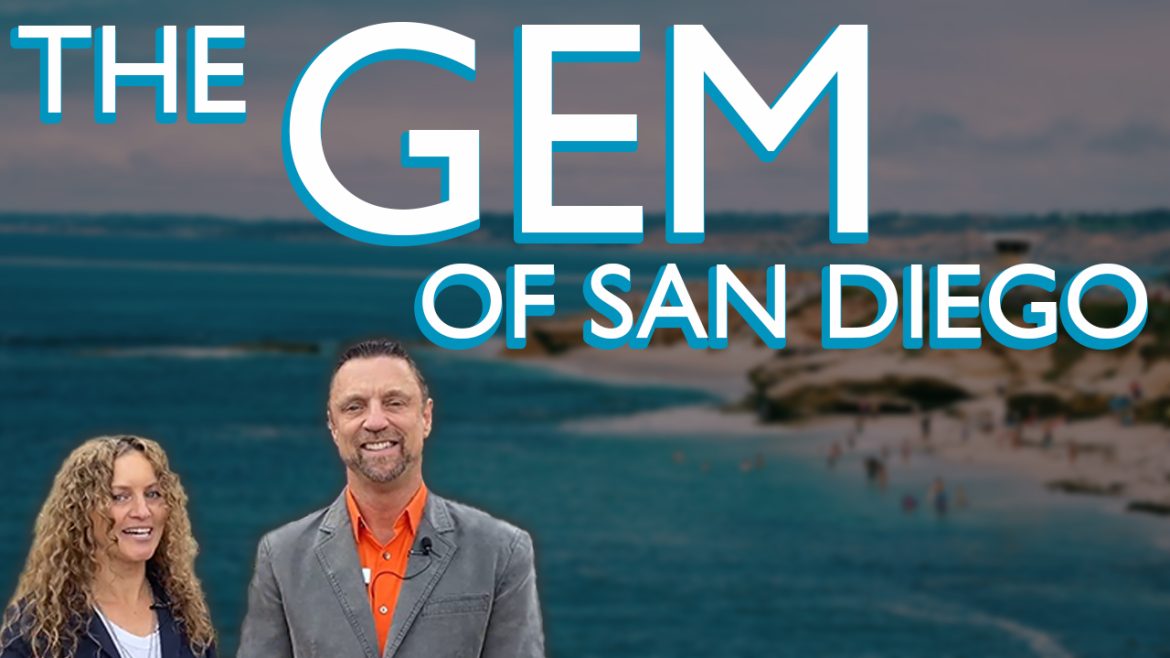 Do you know which neighborhood in San Diego is famous for having the first hotel to offer indoor plumbing? In this episode of Live, Laugh & Learn with Chris, Danielle and I take you on a tour of Bankers Hill, a little-known gem here in San Diego. We explore everything from historic landmarks to Victorian homes to show you everything this neighborhood has to offer.

Bankers Hill is a beautiful neighborhood in San Diego with a variety of unique features. One example is the Spruce Street Suspension Bridge, built in 1912. It’s also part of the larger, famous, San Diego 7 Bridges Walk, three of which are located in Bankers Hill.

In addition, there are a lot of historical homes blending with modern ones—as well as emerging young professionals and new buildings. It’s a perfect blend of history and modern-day living.

What’s In A Name?

Interestingly, Bankers Hill is the latest iteration of the naming of this neighborhood. Other names in the past have been Park West (which makes a lot of sense) and Florence Heights. During the neighborhood’s time as Florence Heights, it borrowed the moniker from the Florence Hotel.

Built in San Diego in 1905, the Florence Hotel was the first hotel in San Diego to have indoor plumbing. Unfortunately, the beautiful building burned down in a fire in 1950.

Bankers Hill features a variety of great places to grab some great food and get a drink. A prime example is the Royal Food Mart, offering delicious sandwiches, sides and luxury grocery items. After that, you can head next door to Mia Trattoria to enjoy a delicious Italian meal.

Don’t forget to try Mister A’s, a restaurant with some of the most spectacular views of San Diego and amazing cuisine. Additionally, Hob Nob Hill is one of the oldest, most classic restaurants you’ll find in Bankers Hill.

In addition to food and drink, a burgeoning bevy of boutiques is popping up all over the place. You’re also just a hop, skip and a jump from everything that Balboa Park has to offer. It’s one of the most amazing public play spaces in the entire city and county.

When it comes to housing options in Bankers Hill, San Diego, there are a variety of options. The neighborhood features many historical landmarks such as the Timken and Marston houses, both Victorian-era homes. You’ll also see a lot of Spanish Revivals and Spanish Colonials, which are excellent examples of Richard Requa’s and Frank Mead’s work.

Scattered throughout Bankers Hill are also some Georgian Revival homes, which are fairly rare in San Diego. Craftsmen, bungalows, luxury condos and some older condos are featured in this neighborhood, as well. Because of this mix of homes, there’s a really wide range of budgetary options to choose from.

Love Your Life In Bankers Hill

I hope you’ve had an enjoyable time looking around Bankers Hill with us. It’s a really fun, incredible walking neighborhood in San Diego. With amazing views from local bridges to historic homes, this area has it all.

If you’d like to learn anything more about Bankers Hill or any other neighborhood in San Diego, give me a call at 619-925-2322. Don’t forget to subscribe to my channel so you never miss a new episode of Live, Laugh & Learn with Chris, and stay tuned to see where Danielle and I tour next!

WHAT ARE MY CLOSING COSTS?